Happy, anxious, nervous, scared, overjoyed and excited. These are just a few of the emotions you may experience when you first find out you are pregnant. If it is your first time you are definitely going to feel a bit confused and will resort to googling everything related to pregnancy. We have broken down everything you need to know about the first trimester of pregnancy in this blog.

So what is the first trimester of pregnancy?

It is the earliest phase in your pregnancy. It starts on the first day of your last period and ends on the last day of the 13th week. During your first trimester of pregnancy, a lot of changes happen to you and the baby. So keep reading to find out what is in store for you

What are the changes happening in your body?.

Due to the hormones released by the body,, many changes will occur during pregnancy. These changes help prepare you for the 9 months of pregnancy. 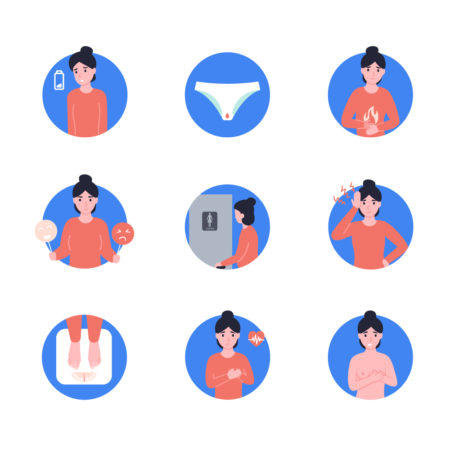 It is important to note that some symptoms of pregnancy continue for several weeks or months. Others are only experienced for a short time. Some women experience many symptoms, and some experience only a few or none at all. Everyone is different but that’s to be expected -you are unique!

Now lets have a look at the changes your baby will go through.

Here is what exactly happens:

The fetus is most vulnerable during the first 12 weeks. During this period of time, exposure to drugs, radiation, tobacco and other toxic substances can affect the formation of the major organs and body systems.

So what do you need to know while visiting the doctor during the first trimester?

During your first visit the doctor may:

If you experience any of the following please seek medical help immediately:

It is also recommended you start building out your birth plan early on during your pregnancy. To know more about how to create your birth plan click here. You can also consult a VOG doctor at any time and from the comfort and safety of your home via the oDoc app. 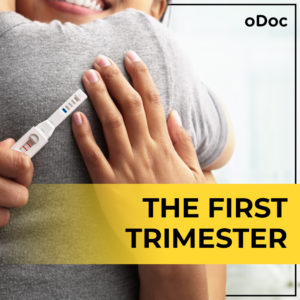 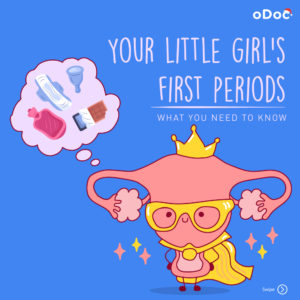 Your Little Girl’s First Period Wonder what to tell your child about periods? Here’s some help to get you started. The earlier you have the 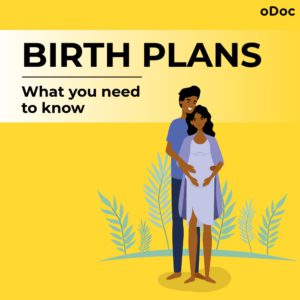 Birth Plans – what you need to know

Yes, Birth Plans are a thing and it is also very useful to have one.  If you are approaching your third trimester the chances are

A Future Without Antibiotics

You are walking on the street, minding your own business, when suddenly you feel a piercing pain in your foot. You look at the sole of your slipper to realise you’ve stepped on a rusty nail. You hobble to a nearby bench and slowly remove the nail from your slipper. Then you take off your slipper to see that there’s a puncture wound in your foot and it’s bleeding, but it’s not too bad, you figure you can get home so you put your slipper back on and hobble home.

Once you get home, you clean the wound with antiseptic. You call your doctor on oDoc and are advised to take a course of antibiotics and to air out the wound. In a few days, the wound has healed and your back on your feet again.

But what if there were no antibiotics? What if it were 1850?

The bacteria on the nail would have entered the wound. Your immune cells would have waged a courageous battle. The bacteria would have proliferated and entered into your bloodstream and if unlucky enough, it would have led to sepsis, organ failure and death.

Before 1926, 90% of children with bacterial meningitis died(1). Diseases like tuberculosis, pneumonia or even ear infections were left unchecked and resulted in severe lasting damage or death. During wartime, injuries incurred during battles would often lead to debilitating illnesses, severe side effects, amputations and death.

The discovery of penicillin by Alexander Fleming in 1928 led to a revolution in medicine and peoples’ quality of life. A simple ear infection would remain an ear infection instead of spreading to the brain. People would recover faster and were now able to live longer. The future arrived.

The evolution of bacteria

In the last ca. 100 years, with every cough or fever no longer requiring us to battle for our lives, we’ve been able to build industries and advance technologies. Countries like Sri Lanka have been able to harness the combined power of antibiotics, clean water and infrastructure development to pull people up from under the poverty line.

Let’s go back to the puncture wound you suffered during your stroll. The doctor prescribes you a course of antibiotics for five days. When you begin to take the antibiotics, they wreak havoc on the bacterial cells – preventing them from multiplying and destroying their cell walls. Most of the bacteria begin to die and you start to feel better. But regardless, you continue to take antibiotics for the full five days and wipe out all the bacteria. Success!

However, by the 1950s, doctors began to note that penicillin was not able to control bacterial infections as well as it had done a decade or two earlier. Bacteria seem to not be as susceptible as they once were. How could that happen?

Rewinding back to when you felt better three days after starting the course of antibiotics. What if instead of continuing on, you decided to stop the antibiotics and go back to living your best life? What will happen inside your body?

Though enough bacteria were destroyed by the antibiotics so you no longer feel sick, there remained a few stragglers hanging about assessing the damage. Those stragglers take note of the artillery used by the antibiotics and when they reproduce, they mutate ever so slightly so the next generation will have some protection from that specific artillery. All bacteria care about is survival.

Replicating this millions of times around the world and combining it with the age old adage “survival of the fittest”, we encounter antibiotic resistance. Bacteria that are no longer affected by the ammunition we throw at them.

Anything that exposes the bacteria to a said antibiotic and still allows it to survive would contribute to antibiotic resistance. Some real world examples(2):

Over the last 50 years, drug companies were able to develop new antibiotics to counteract the resistance that was being developed towards older antibiotics. However, the pipelines are now drying up due to insufficient funding. Of 18 major pharma companies, 14 no longer work in developing antibiotics.

Without antibiotics, we are hindered in our ability to fight diseases we no longer consider fatal. As per the WHO, “When infections can no longer be treated by first-line antibiotics, more expensive medicines must be used. A longer duration of illness and treatment, often in hospitals, increases health care costs as well as the economic burden on families and societies. Antibiotic resistance is putting the achievements of modern medicine at risk. Organ transplantations, chemotherapy and surgeries such as caesarean sections become much more dangerous without effective antibiotics for the prevention and treatment of infections.”(3)

It’s imperative that we all play our part in preventing a return to the dark ages.

How can we prevent antibiotic resistance?

If you’d like to discuss how antibiotic resistance may be affecting you or your loved one with a doctor, download oDoc today! 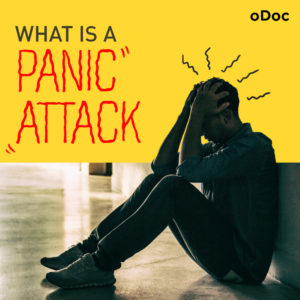 What Is A Panic Attack?

If you know, you know. Your heart pounding in your chest, your breaths are becoming shorter and shorter and the dizziness is setting in. You 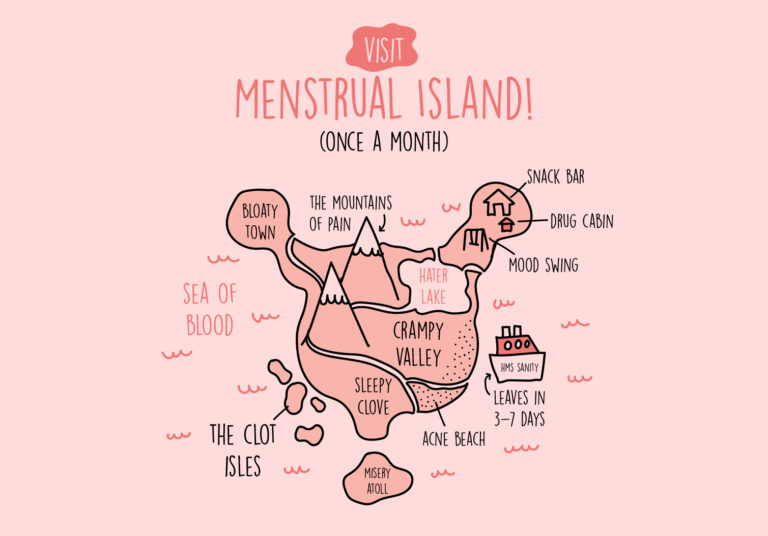 Wonder what to tell your child about periods? Here’s some help to get you started.

The earlier you have the ‘period’ talk with your child, the better. She needs to know about the menstrual cycle and all the changes that puberty brings. A one-time tell-all discussion might be too much for her to take in, so plan a series of conversations revolving around this subject. But most importantly, the conversations you have with your daughter about menstruation can lay the groundwork for future talks about dating and sexuality.

Alright, so where do you start?

A period is the part of the menstrual cycle when a woman bleeds from her vagina for a few days.

What does it mean to get the first period?

Puberty is when a girl’s body changes from looking like a child to looking more like an adult, producing adult-level hormones. Every month, starting around the first period, estrogen and progesterone hormones prepare her body for a possible pregnancy. As a result, it causes the lining of her uterus to build up to provide comfortable housing for a fertilised egg to begin development.

Approximately after a month, if the egg hasn’t been fertilised, the buildup of tissue in the uterus will break down and bleed. This blood is what is seen during a period. The cycle repeats every month and is called a menstrual cycle.

When do most girls get their first period?

Puberty often begins when the child is around 11 years old, although anywhere between 8 and 14 years is considered the “normal” age. It’s generally one of the most memorable events in a young girl’s life. On average, a first period occurs when a girl is about 12 years old.

How can you keep her informed about knowing when her first period is coming? 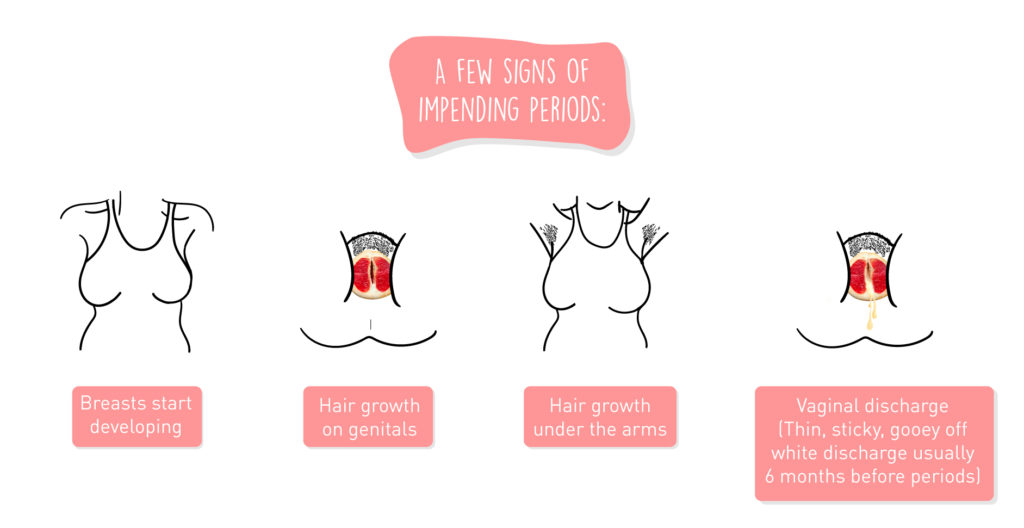 How to prepare for her first period?

It’s always good to be prepared, especially as the first period is unpredictable. Here are a few steps to make sure she’s ready when her first period occurs.

How can you keep her informed about knowing when her first period is coming?

Most girls will get their first period sometime between the ages of 10 and 15. However, a first period can occur as young as 8, so it’s always better to be prepared. The age of the first period can be impacted by genetics, diet, environment, weight, and other factors.

You can help your child prepare for her first period by having an open and direct conversation about periods and what she needs to expect. It would also be a good idea if she could have a few extra menstrual products in her bag for emergency purposes. It’s important to be ready and educated about the first period as it is a great way for your child to approach this growing-up milestone.

If you have any concerns regarding menstruation, you can speak to a VOG doctor via  the oDoc app from the comfort and privacy of your home. GPs and Family Physicians are also available to consult.

Download oDoc today on the App Store or Play store.

Your Little Girl’s First Period Wonder what to tell your child about periods? Here’s some help to get you started. The earlier you have the

Birth Plans – what you need to know

Yes, Birth Plans are a thing and it is also very useful to have one.  If you are approaching your third trimester the chances are

Copy link
Powered by WP Socializer
English
සිංහල தமிழ் English
Item has been added to the cart. Scroll down to view your cart.
Sign up for Loyalty Program
Get oDoc for employees