You can score a $1m seed round even in Sri Lanka. These founders show how. 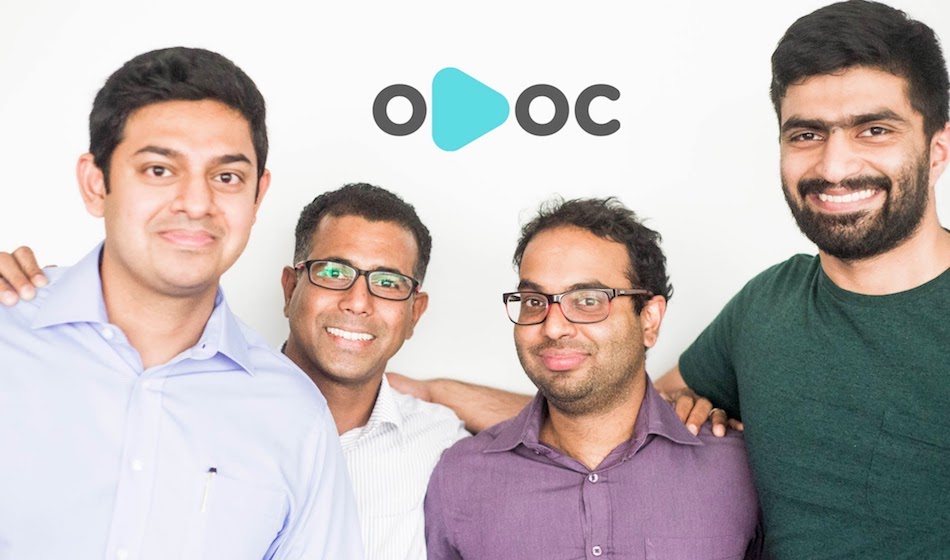 The island nation south of India with its gorgeous beaches, rainforests, and ancient Buddhist ruins just saw one of its startups – medtech app oDoc – score US$1 million seed funding.

This is the largest seed investment round for any startup in Sri Lanka.
The country’s startup ecosystem is still very young with over 50 percent of its entrepreneurs using their personal savings to fund their companies. The seed funding round for oDoc comes at an opportune time as the island’s mass market is embracing tech through new ride-hailing options.

ODoc isn’t going after the mass market though – at least not yet. The app connects patients with doctors for video consultation. Say you wake up in the morning with a nasty rash and fever. Three taps on your smartphone and you can submit your pre-consultation notes, take a picture of your rash, and get a doctor to review those. A doctor will call you and send his prescription with the doctor’s seal and signature right to your phone. All done in 10 minutes.

Many startups around the world have been at it but oDoc’s four founders – with their diverse backgrounds – approached it more from a design perspective than as a tech problem to solve.

“The reason nobody has really cracked it is because they looked at it as a medical problem. They were building it as an Uber for doctors of sorts. But it is really about changing behavior. So it is more of a design problem. It needed a fresh set of eyes,” the founders tell Tech in Asia.

The credentials of the founders plays a key role in instilling investor confidence, especially in the early stage of a startup when the product usage is yet to take off. That’s true for oDoc as well.

ODoc’s tech head Sohan Dharmaraja – with a PhD in computational applied mathematics from Stanford and masters from MIT – was an algorithmic trader with Goldman Sachs. He had built a braille keyboard app for the blind when was in the US.

Dharmaraja came back to Sri Lanka after his PhD. He tells Tech in Asia that he didn’t want to be just another expat critiquing his home country from afar instead of trying to push change himself.

Back home in Lanka, he started marketing tech startup SocialRoo with data analytics before moving to a consulting business. But he found it tough to convince companies in Sri Lanka what data analytics could do for their business.

Dharmaraja finally found his metier in oDoc, which has two more co-founders: Inshard Naizer, Fernando’s former colleague from John Keells, and Dr. Janaka Wickremesinghe, a general physician who holds three patents. Dr. Wickremesinghe is also the founder of Sri Lanka’s first online medical education platform CorpusMedici – which a third of all doctors in the island nation subscribe to, according to Fernando.

The investors who pumped in the US$1 million are Ajit Gunewardene, deputy chairman of John Keells; Phoenix Ventures, the investment arm of Sri Lankan apparel exporter Brandix; and Loits, the IT arm of conglomerate Lolc.

The oDoc team started the fundraising efforts early this year.

Gunewardene has known Fernando for nine years now, and he was also one of their mentors. “Even with him we walked a very fine line between being persistent and getting a restraining order,” Fernando jokes. “We assumed it would take us three months, but kept a six-month timeline. It ended up taking nine months,” he tells me.

Gunewardene’s endorsement piqued the interest of the other two investors, and finally, the team clinched the deal last week. The money has hit oDoc’s bank account and the team is going to hire more hands and start marketing their product now.

The founders spent 12 months designing and building oDoc, which they describe as a “360 degree solution” – providing pre-consultation notes, video calls, and the prescription sent to your smartphone.

They began by building an electronic medical record system that would allow a doctor to document a consultation digitally. “We believe that there is a lot of power and insights that can be gathered from the consultation data which will be passing through our system. We want to collect, store, and analyse that data to provide insights to the doctors, and eventually move into a point where some of the consultation can be automated using AI,” Dharmaraja says.

Tap a button and you can consult a doctor anonymously too but then you won’t get a prescription.

For example, the AI could assist the doctor in diagnosis by reading the patient’s complaints or if the doctor is prescribing a medicine, the system can suggest the right dosage automatically.

“There were nuances in this space that had to be built into the product. Trust between the doctor and the patient, for example. You don’t need to be convinced of the skills of a driver when you are trying to book a cab. But patients will always have a concern about how good a doctor is. We built the app taking such nuances into consideration,” Dharmaraja says.
Patients will be charged a consultation fee, of which oDoc will get a percentage. The startup is mulling a subscription model as well, Fernando adds.

The oDoc app is available in three languages – English, Sinhalese, and Tamil. Its immediate goal is to get product-market fit. In the next five months, they’re aiming for 1,000 successful consultations – where doctor and patient are happy with the experience.

But there are inherent challenges. For instance, although a little over one-third of Sri Lanka’s 20 million people have smartphones, only around four million use the internet. There is 3G coverage in 75 percent of the country, and the big cities have 4G as well.

To begin with, oDoc requires a mindset shift in the users who have to get familiar with the idea of video consultation as an effective form of medical care delivery. “People have doubts like “Is this prescription really valid? Can I go to a pharmacy and show this to them?” Legally, there is nothing wrong with it but not many people know that,” Fernando says.

Telemedicine has been breaking down geographical barriers and bringing access to medical care to remote parts of the world. For years, radiologists in India have been consulting with hospitals in Africa using digital technology. But when it comes to conditions that need immediate attention, even if they are minor, video consultation has not caught on in India or Southeast Asia yet.

” To begin with, oDoc requires a mindset shift in the users. “

The convenience factor could do the trick though. For example, an app like oDoc could reduce leg work for chronic patients who go to a doctor every month to show a blood report. They could just click a picture of the report and talk to the doctor about it from anywhere.

For patients with mental or sexual health problems, who are hesitant to go to a hospital due to fear of stigmaa, consulting a doctor anonymously on oDoc is an option. “Tap a button and you can do it on an anonymous mode too but then you won’t get a prescription. The system will not collect or store any of your details either,” Dharmaraja explains.

Currently, the doctor-patient ratio in Sri lanka is 1:1000 – quite similar to India. ODoc has roped in 25 doctors in Colombo, Kandy, and other main cities of the country.

“For a product like oDoc, the easiest way to get more users is when they are at a doctor’s clinic or at a pharmacy. We could get doctors to tell their patients to do the follow-up consultation over oDoc – as a tool of convenience as well as to save their time,” says co-founder Inshard Naizer, who is also oDoc’s chief growth officer.

They are initially going after patients in Colombo. “Then to all other cities of the country, and then other Commonwealth countries. Bangladesh and Maldives, for example, where geography is a barrier and medical care could be improved,” Naizer says.

The nascent Sri Lankan startup ecosystem would get a boost if startups like oDoc gain traction and catch the attention of investors from abroad. The Lankan government’s Information and Communication Technology Agency has been holding an annual Disrupt Asia conference since last year to showcase what the island nation has to offer in tech innovation. But, as the saying goes, nothing succeeds like success on the ground.

View Article on Tech In Asia