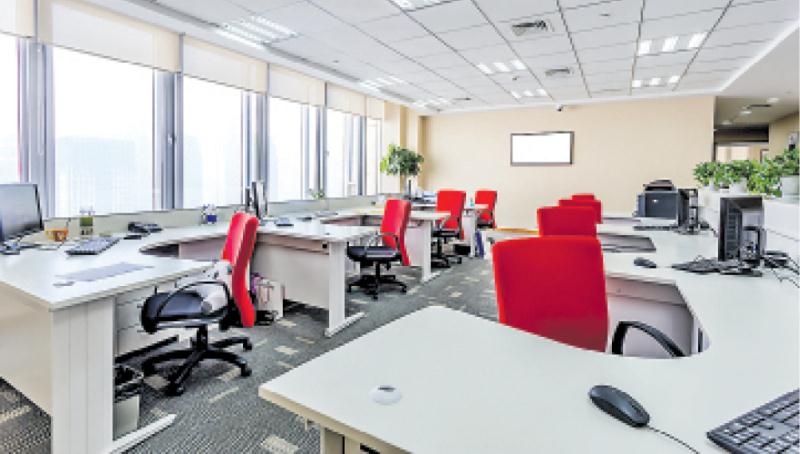 During the last few months, the Covid-19 pandemic forced many Sri Lankan companies to adapt to the new norm of working from home (WFH). However, with the end of the curfew, many companies have moved or are moving back into their office spaces. Interestingly though, there are a few companies that adapted well to the sudden disruption and the enforced WFH experience; so much so that they have decided to give up their office spaces altogether, some temporarily and some even permanently.

Most of these companies have adopted different strategies to implement WFH and remote working policies, all of which eliminate the need for a permanent office space.

oDoc, a local healthcare app that gives people access to doctors for video and audio consultations over the phone, is one company that has integrated their WFH policy permanently into their framework. The tech company has now decided to transition from full WFH to a 4:1 strategy, where they all only have to meet once a week.

“We decided to fully go with WFH as our team was happier and safer working from home, there was no loss in productivity, and there was a cost reduction,” said oDoc Chairman and Chief Executive Officer (CEO) Heshan Fernando.

Speaking to The Sunday Morning Business, Fernando explained that they decided to move to a 4:1 strategy mainly due to the team missing the social aspect of coming into the office, and also to break the monotony of working from home. He also stated that when it comes to bringing in new team members, assimilating them to the company culture is done more efficiently in person, and some meetings too are better held face to face.

“As a small team, we have the luxury of being agile and plan on further experimenting to settle on what works best for us.”

The company first adopted a WFH strategy shortly after Covid-19 was declared a pandemic by the World Health Organisation (WHO), and will be transitioning to the 4:1 strategy from 1 July onwards.

Fernando stated that one of the biggest benefits of this WFH strategy is that it saves time, which is an important resource for the company, as a result of the lack of a commute. He explained that this freed up more time for the team and they were able to do remarkable things after freeing up an average of two extra hours per day. This has led to increased productivity and creativity and an overall sense of wellbeing.

He stated that apart from the employees, even the company as a whole benefits from this kind of strategy, due the monetary costs saved in terms of rent, electricity, internet, and transport.

Being a tech company, Fernando stated that it was easier to transition to this sort of strategy, as everyone on the team was already equipped with the necessary software and hardware and was used to WFH on the occasional evening/weekend. Furthermore, he stated that as a start-up, they were more predisposed to such a change.

He stated that the company has adopted a variety of software and apps to ensure that workflows are uninterrupted. These include WhatsApp and Slack for team communication, Notion for wikis, Zoom for meetings, JIRA for project management, BitBucket for code repository, Trello for individual task management, Metabase and Grafana for data visualisation, and finally Hubspot for sales and marketing.

He pointed out that the main challenge they faced when implementing the 4:1 strategy was with on-boarding new team members and helping existing members avoid the monotony of working from home as well as social isolation. However, he went on to state that no new policies or guidelines were needed for this transition, as they trust their employees to do the right thing and continue the workflow with no interruptions.

Furthermore, Fernando stated that so far, the team has been very open and has welcomed the change, and the company will continuously review progress until they get this strategy right.

Another company that has made the choice to leave a permanent office space behind is Kings Co., a creative agency based in Colombo, specialising in branding and advertising.

Kings Co. Co-founders Hash Bandara and Umanga Samarasinghe stated that they had been testing the WFH concept before the pandemic, but only fully embraced it once the pandemic hit.

“We currently have a team of five, and when we transitioned to WFH a month into the pandemic, we saw that our employees were more relaxed, so we realised that this would be the best way forward.”

They added that they also see several benefits to WFH; cost, time, and energy savings on commuting, being able to hire people from anywhere in the world, flexible work schedules, and reduced stress levels. They explained that they managed to adjust better than they expected, and are currently learning new methods of communication using technology.

In order to support their workflows, Bandara and Samarasinghe stated that they implemented several new policies and guidelines for their team to follow. These included installing the required software and equipment at home, monitoring the conditions of their place of work, ensuring each member maintains work-life balance, implementing security and privacy measures pertaining to using personal Wi-Fi connections, and other measures to promote productivity.

However, the duo stated that they also faced challenges adjusting to the new norm, as their team members had to learn to get used to the new working environment, which initially had an impact on their delivery time. They went on to point out other challenges, such as power failures, which affected workflow, and other distractions associated with WFH.

Nehemiah Consultants, an independent public relations (PR) and content creation agency which has been in operation for over six years, has opted to move their company to a WFH/remote-working strategy temporarily.

“We did not set ourselves a time frame as such or a deadline to say when we would stop working from home. However, since it worked out well for us over the last few months, we have decided to go ahead with the way things are now,” said Public Relations Services Director Nishu Gunawardana.

Gunawardana explained that their strategy in working with their clients has been to introduce digital solutions like virtual meetings, online approval systems, file transfers, e-reporting, and even bank transfers for payments. She stated that most clients have been more than happy to transition and that they have garnered very positive feedback.

“We have implemented a lot of new digital solutions that makes life easier for everyone, and going paperless is also beneficial for the environment.”

She stated that their employees love working at their own pace and the company has only given them three simple guidelines to ensure workflow; this includes getting their work done on time, keeping the heads informed of any issues, and always answering their phones.

In terms of profitability, she stated that they have been able to reduce their overheads on account of not having to pay rent and for utilities, among other things, with only their data solution and mobile phone bills having increased. However, she went on to state that they had greatly reduced their travel cost because all their meetings with clients have been moved online.

“Apart from the obvious cost factor, we also found that our staff is more comfortable in their own work spaces. Contrary to popular belief that WFH makes people lazy, we have found that our guys are more motivated to get things done faster and spend more time at home doing other stuff as well.”

Gunawardana explained that for them, it was all about technology and introducing a new way of doing things, to their clients. She stated that while this transition to digital-based PR has been an interesting one for them and their clients, they are still learning every day.